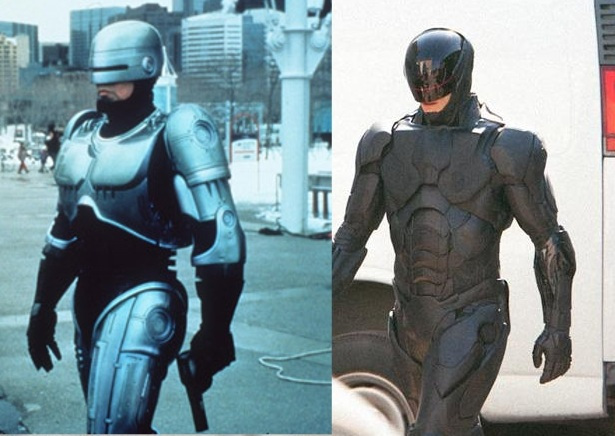 Fans had high expectations for the 2014 remake of the classic original. Unfortunately, it was a flop.

The ROBOCOP movie produced by Paul Verhoeven is such an outstanding movie that there would naturally be scepticism about any attempts to remake it. This was the kind of reaction that followed the announcement that MGM had plans to release a remake of the film.

The RoboCop remake featured stars like Samuel L. Jackson, Joel Kinnaman, Gary Oldman, and Michael Keaton but it was released amidst mixed reviews and never actually stood a chance.

It is not unusual for reboots or remakes to lack the kind of brilliance that makes the original very memorable and this was certainly what happened with the 2014 remake of RoboCop starring Joel Kinnaman.

Some pieces of art should never be touched…is that it?

What really comes to light is that some cult movies should never be touched unless a reimagining can work. Otherwise, the movie is viewed as a copycat flick and not a film that stands separate. Dawn of the Dead from Zach Snyder is a good example of how a movie remake takes the original and builds on it rather than reinventing the wheel.

Reinventing attempts are big risks as you have to sell to a new audience and stay true to the cult fans. Bad reinvention means the cult fans will come at the filmmakers with pitchforks.

This was the case with the Robocop remake in 2014. A new polished look can be a turd to the cult fans, and you can’t polish a turd. As the fans need to still connect, and if that connection is lost in CGI overhauls and new plot lines – oops, that film producer has a BIG problem.

So, in a nutshell, the Robocop 2014 remake was from the first spec script…

Movie remakes are not always doomed to fail. Many actually outperform the original and besides, unless a film has the potential to make money, no studio is going to pump in millions.

A popular complaint about remakes is that Hollywood has no new ideas or plots for stories and has turned to remakes due to lack of fresh unused scripts.

What do the stats say? Remakes stay true or dare to embellish…

The percentage of adults in the United States who are of the opinion that movie remakes should not be too different from their originals is shown in this statista report from May 2019. 55%, which is the majority of adults who responded to this survey in the United States revealed that they thought there should be as many similarities as possible between movie remakes and their original, even if offensive content were prominent in the film.

This year, a number of classics will be revived for both the big and small screens. And the ones that work will not forget to connect with the original, not through copycatting techniques, but by building on the original and not making drastic reinvention changes.

As nobody cares about a polished remake. Right? Well, that is up for debate…

Rob Zombie’s Halloween offered up a convincing psychological profile on Michael Myers during the 1st half of the film. But he forgot why fans love John Carpenter’s original: the simplicity of a psychopathic stalker not forgotten by the more recent Halloween 2018 sequel. Nobody cared enough about Myers as a child growing up. The connection collapsed.

Joel also emphasized on this point in an interview with Joblo about the RoboCop remake. He said that he didn’t think the movie paid any attention to what fans of the original RoboCop loved. He explained that: “And you have to pay homage to that. And I think the producers and the filmmakers and me included didn’t really understand how to do that in the right way. I think it’s a really solid movie, it just didn’t fit the ‘RoboCop’ concept.”

Though a few years have passed since the RoboCop remake, one can still recall feeling that RoboCop deserved better as it was a forgettable movie, though it was not an entirely disappointing one.

Perhaps you thought it was a certain car crash with no redeeming factors… let us know on the Facebook page.

We expect to see Joel Kinnaman re-enacting the character of Rick Flag in The Suicide Squad by James Gunn, coming up on August 6, 2021, in theatres and HBO Max.