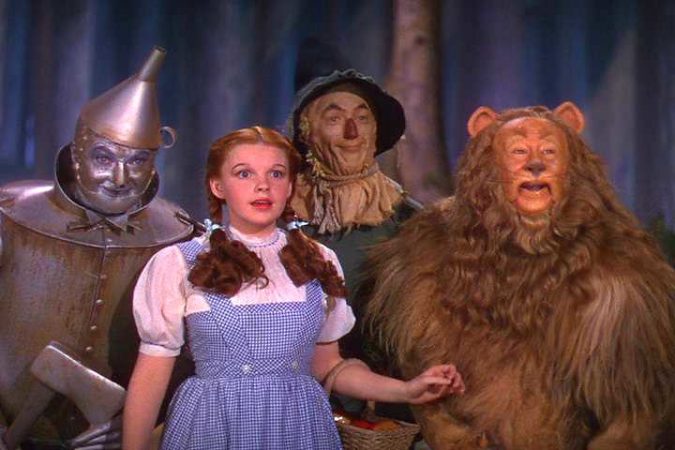 The Wizard of Oz was one of the most beloved movies of all time, and its fans were ready to see a remake when it was announced at San Diego Comic-Con in 2019. While some people were excited about the remake and saw it as a chance to experience their favourite movie again and again, others worried that it would ruin their experience if they saw the new version first. The original is such an iconic part of American culture that many consider watching any other version unnecessary or even blasphemous.

Although some fans still aren’t sure where they stand on the issue (I know I’m in this camp), everyone agrees that we don’t want our childhood memories ruined by a bad remake!

There are talks about a remake of L. Frank Baum’s “The Wonderful Wizard of Oz” which Nicole Kassell will be directing for New Line Cinema. Several times in the past, there have been adaptations of the story for the screen, the most remarkable one being the 1939 classic featuring Judy Garland as Dorothy Gale.

Is nothing sacred? You may ask…

The move for a new approach to a timeless classic as with The Wizard Of Oz Remake no longer surprises us. Nothing is untouchable in Hollywood. For the past 82 years since Dorothy flew over the rainbow in Garland’s classic, The Wizard of Oz has been subject to several remakes.

The original characters of Baum recurred in “Return to Oz” in 1985 and “Oz the Great and Powerful” in 2013 and also in the Broadway musicals “Wicked” and “The Wiz.”

Kassel has told The Hollywood Reporter that she felt highly honored about her involvement in this beloved classic coming to the screen. She said she felt a strong connection with the musical and movie from 1939, so she was humbled and thrilled to be charged with delivering this legendary tale again on screen.

Other reproductions of Baum’s characters include numerous TV adaptations such as Tin Man (2007), a three-part ministry starring Zooey Deschanel. The novel/movie has also been credited in TV shows such as SNL, The Muppets, Rugrats, Hello Kitty, Futurama, and an EastEnders charity special.

Kassel made her debut as a filmmaker with the feature film The Woodsman, for which she earned a nomination for Best First Feature at The Indie Spirit Awards.

Is it a dream or a upcoming reality?

In an interview about The Wizard of Oz Remake, the filmmaker told NME that: “The opportunity to examine the original themes — the quest for courage, love, wisdom and home — feels more timely and urgent than ever. These are profoundly iconic shoes to fill, and I am eager to dance alongside these heroes of my childhood as we pave a newly minted yellow brick road.”

The connection between the remake and Oz Movies…possibly far apart…

In case you have been wondering, there is no connection between The Wonderful Wizard of Oz and all the other Oz movies. Among these is the upcoming animated musical and narration by Dorothy’s dog Toto which is a loose adaptation of the book Toto: The Dog-Gone Amazing Story of The Wizard of Oz written by Emma Chichester Clark and Michael Morpurgo. We have not received recent information about that, but it has already been established that it is not related to Kassel’s movie. It is great that Universal is involved in a Wicked movie at last.

The old screenplay drafts were written by Darren Lemke along with Gavin James and Neil Widener. The Wizard of Oz Remake film will be produced by Marc Platt and Temple Hill’s Wyck Godfrey and Marty Bowen, while Isaac Klausner is the executive producer.

It’s exciting to see that classic stories are being updated and adapted to modern audiences despite my reservations on this absolute gold nugget from childhood. So, it’ll be interesting to see how this all turns out!

When the movie is ready, we’ll share more information here on the blog. For now though, we have some work to do!

We will deliver more updates as they are released.

Meanwhile, time will tell if we go again to see the wizard!

A fun fact for fantasy writers…

An interesting fact from Fansided: Anyone can use the content of the original novel as they wish with no permission needed because it is in the public domain. In essence, anyone can tell the story again in a different version. However, nobody is permitted to use any elements out of the 1939 film. One of the implications of this is that Dorothy’s legendary slippers were silver in the novel, while they were Ruby in the movie.