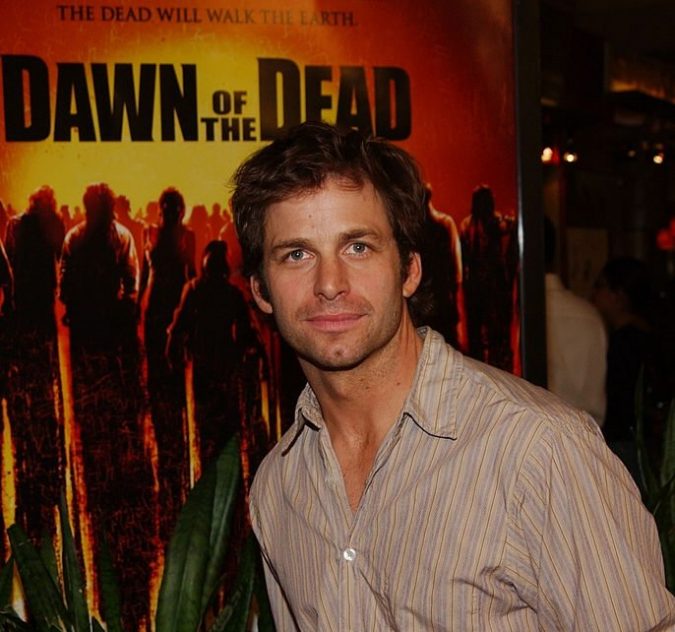 Both movies are unique in their own representation of the cult zombie horror story. Written by George Romero, the original served up marauding undead and a bastion of social commentary. Yet, between Snyder and Romero, their visions differed. And this has divided audiences on the remake vs original debate.

Snyder stayed close to the original shopping mall setting for the 2004 remake, which brought a full action horror movie to the big screen. He kept the mall, the small groups of disparate survivors, and the ever pressing threat of the zombie virus running into the mall. And boy, were the zombies running, not shuffling around but sprinting at their food. During the mall scenes, the ominous feeling that something goes wrong quite soon, never fades.

Snyder has proven time and time again how he can turn a good script into an even better movie production. I doubt I would have liked Sucker Punch as much if a less than bombastic director was at the helm. And that fire in the direction was needed to bring new audiences to the Romero remake.

A violent remake, fun, and at times – hits the heart hard.

The Snyder vision never fails to pay homage to its original roots unless you want to dissect the commentary which was Romero’s angle.

Sarah Polley, Ving Rhames and Jake Weber stand out as prominent characters throughout with surefire performances. Mix that with a handling of the narrative that seems to suit their styles so well and we witness how good casting really adds to an already winning script. 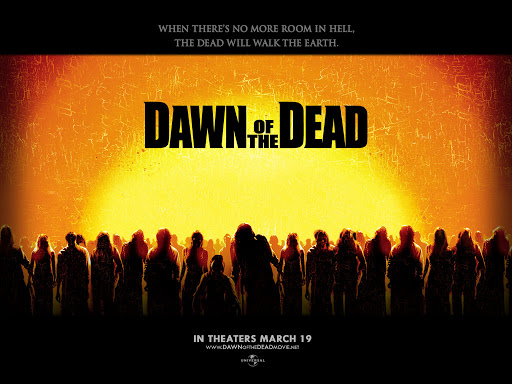 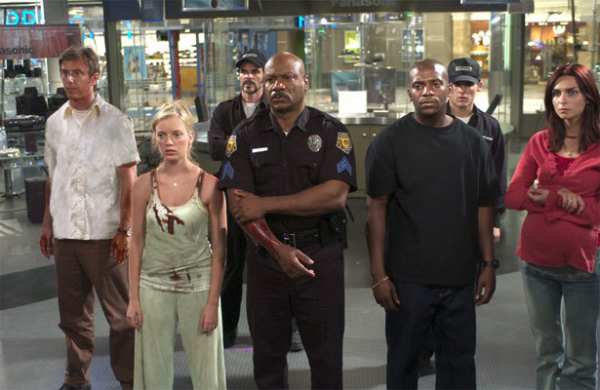 Writer James Gunn found himself attacked for not voicing the social satire of the original, but how necessary was that? Isn’t the remake a reimagining, Snyder’s and Gunn’s vision??

The cultural critical viewpoint is still there. It’s not as clear as in the original, but it’s there. The angle on human society is prevalent, as is the world of consumerism. It just isn’t thrown at us in the dialogue that much or symbolised enough in favour of a more rounded zombie horror. And I don’t see what is wrong with that.

We don’t lose the theme while experiencing how a good horror writer can blow up the entertainment – literally – and make it a fun ride for all. And that may have been the intention with Snyder gaining a free and quite Carte blanche reign on the script coupled with a tremendous budget.

What filmmaker wouldn’t, given that opportunity to produce their own vision rather than copycat its predecessor?

Isn’t that the biggest critical downpour on remakes, that they are copycats? Here, Snyder strays from a clone to a unique angle aimed at a wider audience which, to be fair, you kinda have to do when the budget is this big.

So it followed the thematics of the original but knew when to stop, think, pause more, and take a distinct step. Snyder could will his own spin. This is something that attracts this guy to a project, the edited Justice League proves what Snyder can achieve if given the freedom to explore the narrative in his own way.

The fact that Snyder strayed from a more critical view of consumerism and oppression by a police state, does not make it less of a social commentary. It’s all there, but far more subtle, rather than how Romero’s original put the angle on mass consumerism and government oppression in our faces. This in no way impunes Romero, I love the original, but I also love the remake – just not for the same reasons. 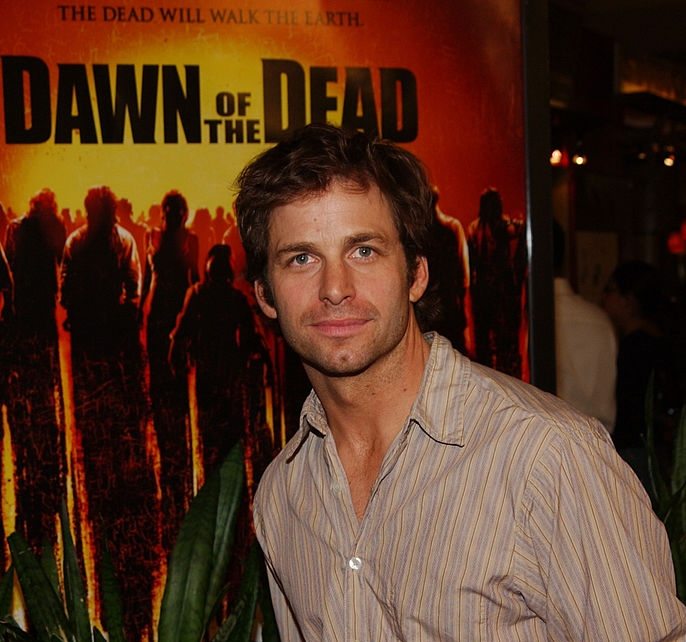 One critique over the years was that the remake lacked commentary on the role of the media. They did not use this throughout the film but…we get a stark portrayal of media response and its role in the first 10 mins, and mostly during the opening credits. Perhaps this was not Snyder’s focus, that is, to study and analyse and throw the reactionary traits of the media at us.

Did we lose the oppression message that was clearer in Romero’s original? That of social revolutions to maintain a political feature length message. It clearly was not Snyder’s angle as a major theme, unlike Romero, making them too entirely different movies and good movies with fresh viewpoints.

I believe Snyder’s portrayal of commentary takes more of a back seat so as to let the viewer decide for themselves if and when the commentary points are raised. Having a different angle on a story to create a remake does not make it a bad remake.

Are we really going to say it’s a bad remake as it lacked social commentary? I’d like to hope not, since it is there, if you look for it.

People are fully aware of the messages around political and social issues as the film runs without having it plastered all over the movie as with Romero’s original. People easily pick up on the subtle messages as much as the overtly in-your-face ones, of their own choosing.

Does it lack substance because of the lack of thematic views on society being pushed? I really don’t think so.

Heck, did the remake try to send cops on a killing spree or show police brutality? No, but that does not make it less of a film just as the message in the remake differs. Romero took a different angle. And the original was not stamped for approval for feminist audiences unlike the remake. Now there’s a bit of commentary to consider. 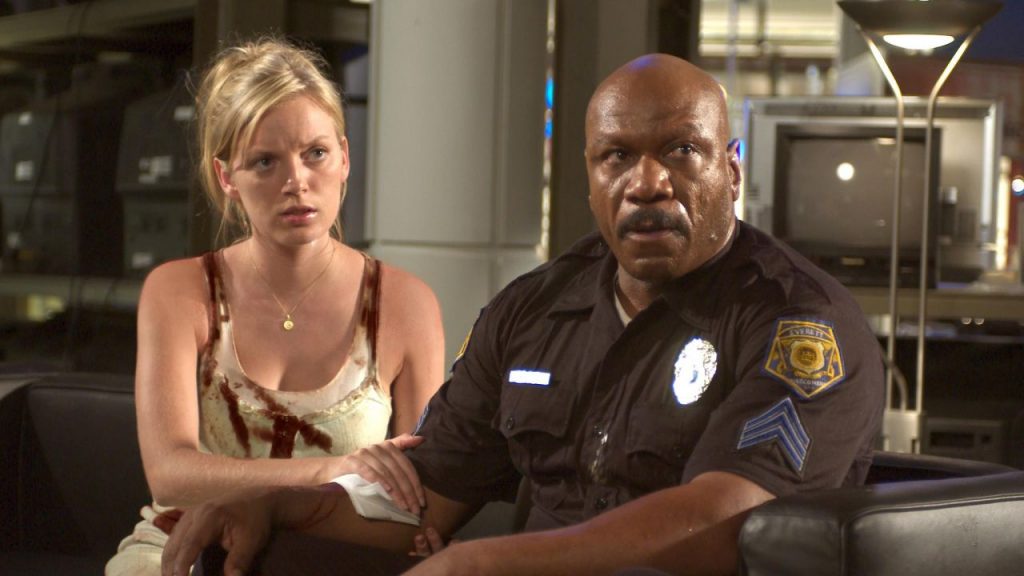 The remake of Dawn of the Dead proves how well, given the best director and writer for the job, we can get a new vision of a tale that resonates with not just the horror community, but also with people interested in how society reacts to turmoil, loss of liberties, and when expected privileges in life are destroyed. A pandemic – we’ve seen that a lot in recent months – is perfect landscape for this type of narrative where a writer can explore how as humans, we react to ourselves and each other. All these aspects were correctly portrayed in the remake.

A vision must be unique, or what’s the point of writing your own vision?

Kudos to Snyder and Gunn.

“This is a re-envisioning of a classic. There was not, is not, a valid reason to `remake’ Dawn of the Dead. That’s not what we set out to do, not what any of us wanted. There are some amazing updates on some great films-I love Kaufman’s Invasion of the Body Snatchers, Carpenter’s The Thing, Cronenberg’s The Fly. They’re great movies that add to rather than diminish the original films. We really saw this as a chance to continue the zombie genre for a new audience.”