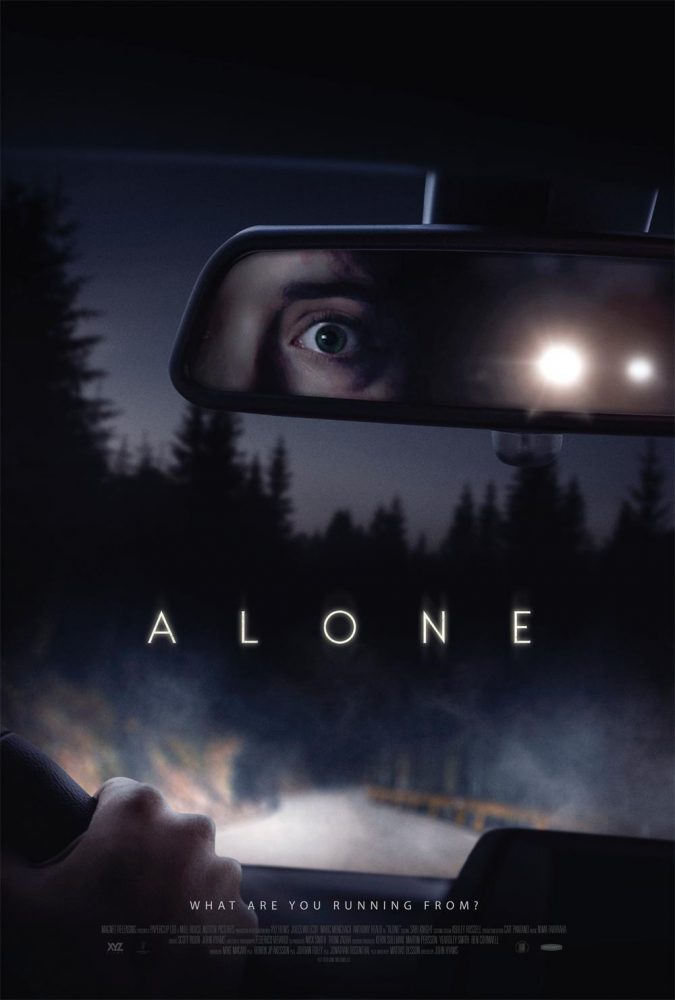 Amazon Prime is loading up on great chilling thrillers lately. You have to dig through the menagerie of genre mixes a lot and if you do – the gems are there.

Especially when the horror movie crossover is met. Here, a defiant and bereaved woman named Jessica played by Jules Willcox (Bloodline 2015, Dirty John 2018) finds herself stalked by a psychopath while trying to escape to a new home away from the memory of her dead husband.

After a few squabbles early on where the brilliant Marc Menchaca (This Is Where We Live 2013) appears to be nothing less than helpful, things take a dark turn as she is stalked further and kidnapped. Some of the early scenes will induce uncomfortable churns in many viewers. Particularly if you have ever been followed, or wondered if you are being followed?? That dark place of foreboding strikes hard in the well crafted script.

Forced to be tenacious and stay brave, she finds herself on the run pursued by a cold blooded killer. In one scene after he captures Jessica, he makes that little scary factoid about him all too clear as she stands terrified before him in his desolate house’s dimly lit basement. Menchaca referred to only as The Man slips eerie words her way after she pleads for her freedom and offers money: Do you think you’re the only one who ever said that?

From here, the pace continues to move relentlessly as Jessica finds escape will send her into the wilderness surrounding her captor’s abode, pursued by a killer intent on adding her to his kill list.

The movie is based on a Swedish 2011 movie called Forsvunnen. Or Gone as it may be listed on Amazon. As road trip horror goes,  and like the original, Alone loves the idea of subjecting the viewer to a bleak disquieting journey. It carries the pathos in Jessica’s life enough to make us feel bad for her having to face the ordeal.

What could be worse for her? The worst should have already happened but sadly for Jessica, that is not the way forward as her escape plan to a new life is cut short.

It’s a thrill ride, one that is not unique in film – psycho chases protagonist by road and foot – but certainly one that makes best use of the material in the story to give us a creepy road ride.